Chief’s Honour Guard
Who We Are 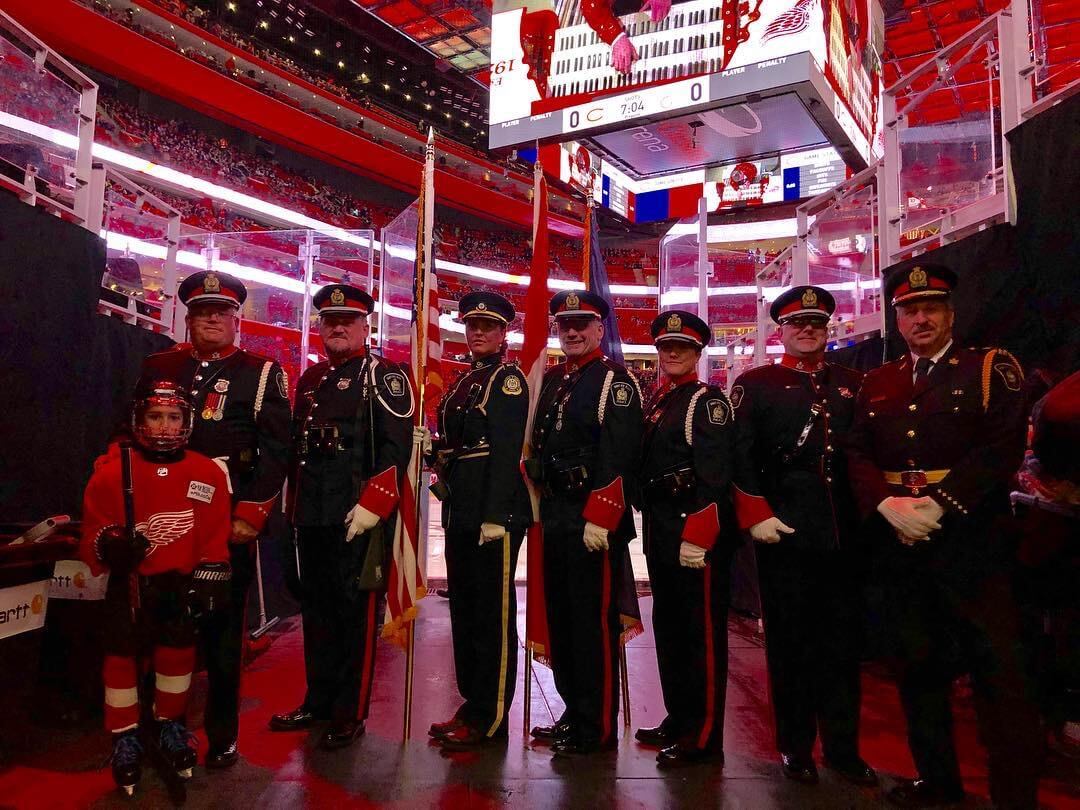 The Sault Ste. Marie Police Chief’s Honour Guard was formed in April of 2009. It is comprised of police officers, special constables, civilian employees and retired officers. Members of the Honour Guard wear a unique high collar uniform inspired by historic uniforms worn by some of the first police officers in the area. The Honour Guard is made up of approximately 12 members and is led by the Ceremonial Sergeant Major. The Honour Guard represents the Service at ceremonial events such as Remembrance Day, VIP visits, special events, police funerals and Police Memorials.  Members have attended numerous ceremonial events throughout North America, including being the Colour Party for the NHL Detroit Red Wings Police Appreciation Night. One of the Honour Guards greatest honours is being called on to escort athletes during the Law Enforcement Torch Run for Special Olympics.