Police Crest
Who We Are

Hover over the text below to learn more

Azure two chevronels Argent between two square flaunches rompu Or, in chief a whitefish naiant, in base a lily Argent;

Blue, white and yellow are the colours of the city. The side segments and chevrons evoke the historic locks of the Sault Ste. Marie Canal. The centre section also resembles the cross section of a steel girder, thus alluding to the steel industry that was an important part of the city’s history. The whitefish is a species found in great numbers in the St. Marys rapids. The lily is a symbol of St. Mary and thus alludes to the city’s name; it also pays tribute to the city’s French heritage.

The Arms within an annulus Azure edged Or inscribed COMMITMENT • EXCELLENCE • COMMUNITY in letters Argent, all within a wreath of maple leaves Or issuant from a trillium, the whole ensigned by the Royal Crown proper;

Following the pattern of other municipal police service badges, this includes the arms of the city, a trillium and a wreath of maple leaves indicative of Ontario and Canada, the Royal Crown as a reference to the Crown as the source of justice, and a motto based on a slogan used by the service.

Azure the Badge cantoned by maple leaves Or and trillium flowers proper issuant from vines Or; 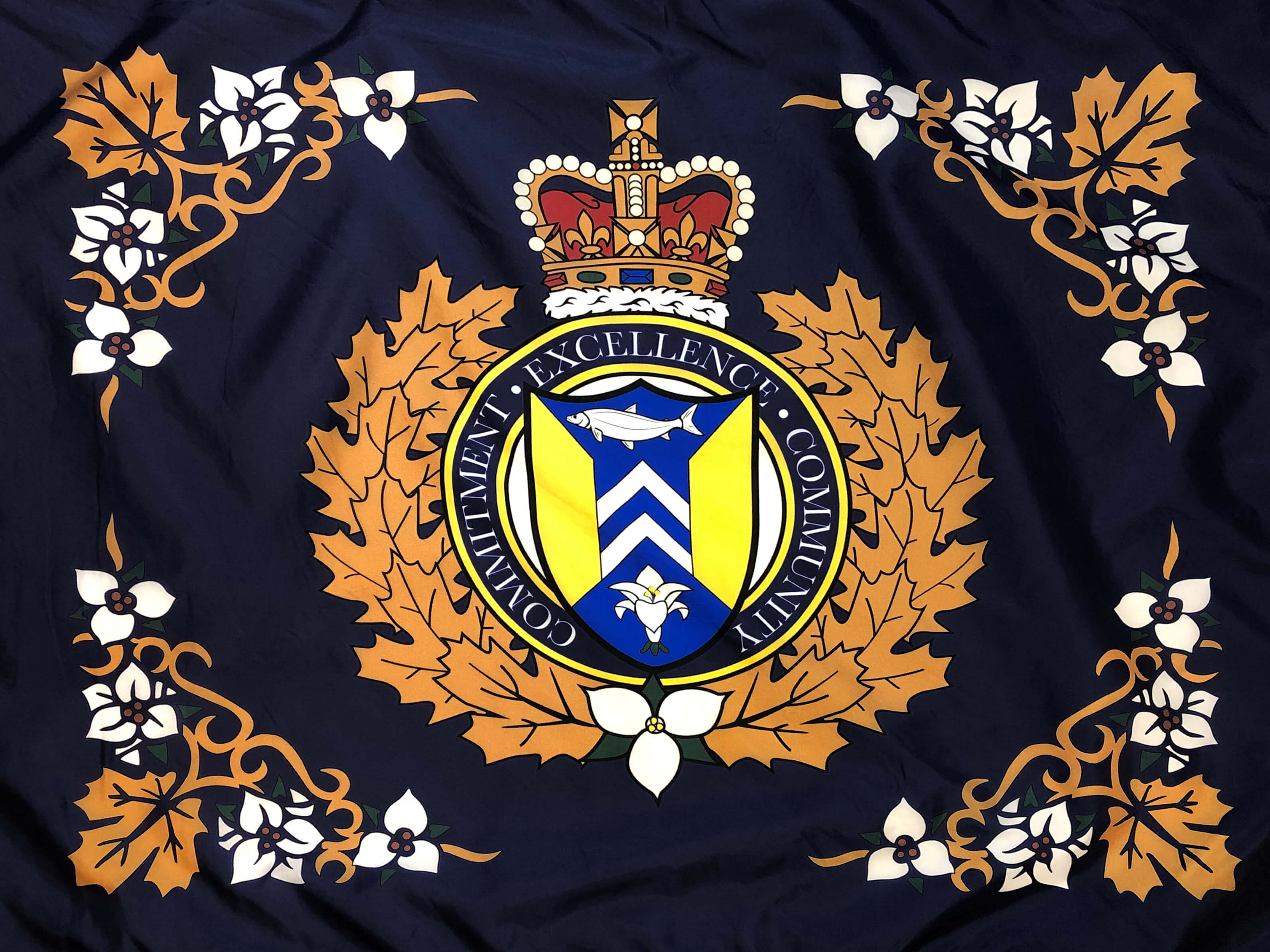