Constable Lois Beckett was sworn in as a Policewoman on September 5, 1949. The first woman officer in Sault Ste. Marie Police Service history.

Unlike their male counterparts at that time, women in Canada were not given the rank of Constable when joining a Police Force. In 1962, this policy changed and women officers would now be referred to as Constables.

With her swearing in as a Policewoman, Beckett began her role as a pioneer for women in policing, not only in Sault Ste. Marie, but also across Canada.

At the time of her retirement in 1991, she had served more than 42 years as a Police Officer, the longest tenure of service by a woman officer in Canadian history. In her more than four decades as an officer, Constable Beckett made significant contributions in a variety of areas of policing including; Patrol, Traffic, Community Safety, Criminal Investigations, Forensic Identification, Quartermaster, Switchboard Operator and Property and Exhibits.

As she rejoined the Sault Police Force, after serving more than 16 years as an officer in a variety of roles, she was denied membership into the Sault Ste. Marie Police Association and reclassified as a Clerk-Typist. The move meant working in the same capacity as civilian staff, not fellow police officers.

This decision lit a fire under Cst. Beckett, and lead to lengthy court battles for equal rights, equal pay and equal status for women in the world of policing.

In 1969, after filing multiple appeals to earlier decisions, an arbitration board ruled she was entitled to a constable’s salary and uniform.

In 1976, she regained status as a full member of the Association, but she was required to continue working as a switchboard operator, a civilian position.

In 1977, she filed a sex discrimination charge with the Ontario Human Rights Commission. She won the case and in 1978, she returned to full duties as a Police Constable.

For the remaining 14 years of her career, Cst. Beckett continued to be a leader for women in policing, finishing her career in Property and Exhibits.

Following her retirement in 1991, Beckett again attempted to achieve a first for women in Sault Ste. Marie by running for mayor in 1996. At that time, no woman had served as the Mayor of the City. She was unsuccessful, but following her death in 1998 at the age of 68, then Mayor Steve Butland was quoted by the Sault Star saying, “Lois was best known as a pioneer.”

In recognition and respect of her ground breaking achievements for all women, the flag at City Hall was lowered to half-staff.

*This piece is possible in large part due to the Sault Star. Much of the information is courtesy of the Sault Star archives. Thank You. 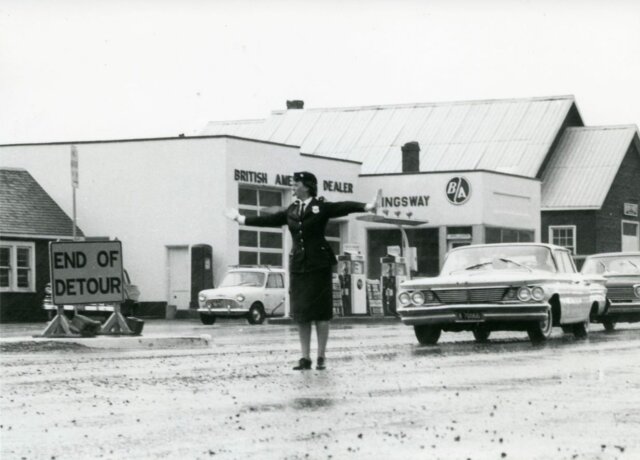 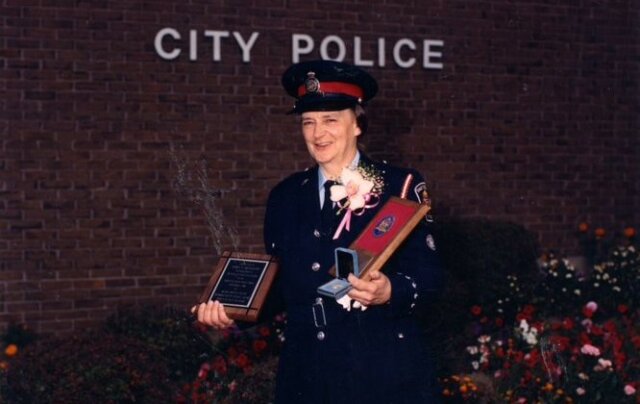